10 Things That Our Kickstarter Campaign Taught Me 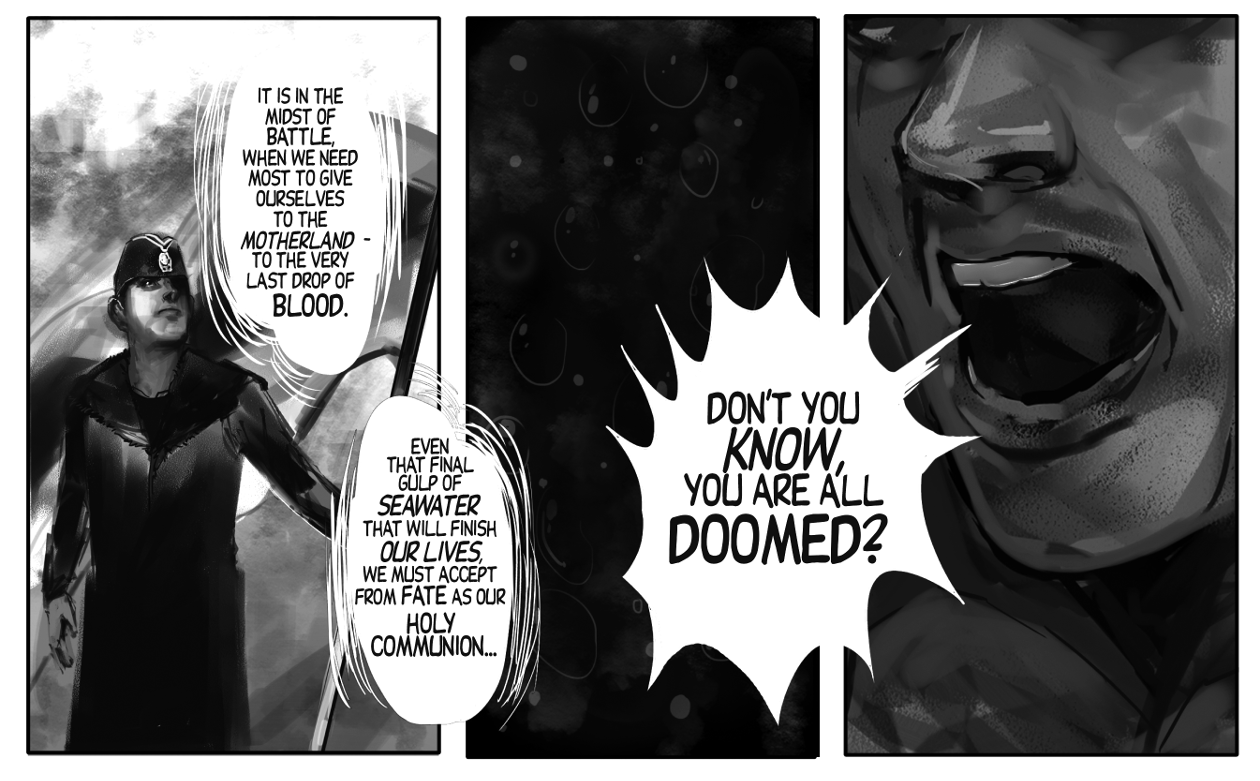 ***Update: If you are reading this, you may not now about our latest kickstarter project, which you can view here – Macbeth: The Red King***Late last year, we took a big leap and launched our first crowdfunding campaign via kickstarter. It was perhaps the most stressful experience I’ve had in the 2 years that Lucha Comics has existed, but it was definitely one of the most satisfying as well. From a slow start, to getting into Bleeding Cool, and (just barely) crossing the finish line, I figured I was long overdue in reflecting on what I believe was our largest accomplishment to date.

For a publisher that was strictly digital to do an initial run of 350 copies of a full length graphic novel wasn’t easy, but thanks to some great people we made it. So, I would like to share the top 10 things that our campaign taught me.

1. Not all crowdfunding platforms are created equal.

One of the first things I encountered was trying to decide if I would choose Indiegogo or kickstarter. It took a lot of research, and really trying to find a platform that best matched what I wanted to accomplish. I also researched other comic book projects, read blogs from other successful crowdfunders, and looked at how many friends I had on each. In the end, kickstarter beat Rocket Hub and other sites handily, but narrowily came out on top over Indiegogo.

2. Flexible funding may not be as great as it sounds.

Now that I had a platform, I really had to consider how I would fund my project: flexible funding (keep whatever you raise) or go the all or nothing route. In the end, I decided that I wanted to fund an entire project, and that I wanted my supporters to know that I was fully committed. All or nothing it was, and yes I almost regretted it – but now I don’t think I would ever do a flexible campaign.

3. Calculating your goal should be a well thought out exercise.

You really need to be careful here since you can’t adjust your campaign once it is live. I cannot stress enough how much thought and planning should go into this. Do not rush this part, because a) you don’t want to set a goal so high that you can’t possibly hit it or b) you may be stuck trying to deliver on something that you can’t afford, even if you fund to 100% or even 125%! Let’s start with point a):

Be optimistic, but realistic. It is far better to set an attainable goal and blow it out of the water then set something massive and barely make it or fall short. It looks far better to fund a $2,500 to 100% than fund a $25,000 project to 75%. Do not set yourself up for failure: if you ever want to do another kickstarter, you want your supporters to see that you are building on success and offering something that you can deliver on. Now, let’s tackle point b).

Once you know what you need to do and what you can reasonably raise, do not just ballpark your budget. Do some research, look at similar projects, and understand what you are promising to deliver. Many crowdfunding campaigns have pissed off some loyal people because they were unable to deliver. Sure, some of these might have been pure scams, but for the most part I feel that these failures to deliver were a result of poor research and planning. Here are a few tips that worked for my comic book project, The Kursk by Sasha Janowicz:

Shipping was a real killer here, because (unbeknownst to me) shipping costs are calculated towards your goal. Here is an example:

I set a goal of $3,000. My early bird reward was $10 + shipping. For this example we will assume someone ordering a reward in Canada at a rate of $5, so their total pledge would be $15. This means that their entire pledge (including the shipping fee) counts towards your goal. My project was broken down as follows:

Giving a total of $3,270. Since this was my first kickstarter, I wrongly assumed that shipping was extra and above and beyond the amount that I needed. Fortunately, my contingency covered my shipping costs, and in the future I will be sure to calculate this amount better.

I know this might sound confusing, or not a big deal, but for a small publisher that swore up and down to his partner that there was no way the kickstarter could possibly cost us anything out of pocket, it was a real concern. Basically, you need to guesstimate how many backers you will get, what your shipping costs will be, and add that to your goal. If this or any other point here still sounds confusing, please, please, please feel free to get in touch and I would be glad to elaborate.

4. Make the length of your campaign just right.

This was a bit tricky. Too short and you can fail; too long and people may lose interest and just not care. Personally, I like a 30 day campaign, regardless of the amount trying to be raised. If your goal seems huge, you likely don’t have a timing issue, you probably have a cost or you set a goal-so-massive-there-is-no-way-in-hell-that-you-are-going-to-hit-it-even-if-everyone-you-now-kicks-in-$10 issue.

5. You need some kind of video if this is your first campaign.

An image really isn’t enough. You need a cool video that not only describes your project, but also allows you to connect with the audience. It should be visual, but really get to the heart of why you are doing this and why you need help from backers. This also becomes something that is easy to share across social media. It doesn’t need to be Academy Award winning, but try and make something nice (even if you are terrible on camera like me as you can see below). Having a Mac (or a friend with one) certainly helps! Which leads me away from the technical points and towards the qualitative stuff that really made a difference…

Ok, so maybe a few are, but generally people weren’t buying my book, they were buying the chance to support me because they really believed in Lucha Comics. While this changed the marketing message, it really made the whole process more rewarding – someone actually cared about our brand.

I hate to feel like I am bugging anyone, but with a short time frame to raise funds, you really need to promote the hell out of yourself. This is not the time to be shy; reach out to all facebook friends and followers, twitter, followers, friends, family etc. I would say that 75% of my time went to outreach, which is far different from blind promotion. Ask people to share your campaign with others without asking them to feel obligated to contribute. It’s a win-win for everyone. By the time I was done my campaign, everyone knew that I was a comic book publisher, and I wouldn’t have it any other way.

8. You need to get in touch with influencers.

Fortunately Lucha has a track record in the digital space, so I was able to reach out to people at ComiXology, and my friend Ian Yarrington of ComicBooked.com to let them know what was going on. Taking my own advice from my point above, I went even further and decided to E-Mail Rich Johnston at Bleeding Cool, and guess what? They agreed to carry our story. These little bits help to give you credibility, and it is a nice confidence booster when someone agrees to help promote you when there are so many great projects out there to talk about.

9. Kickstarters can draw in new fans.

People that had never read a comic book or graphic novel before decided to put down some money for The Kursk because they saw it on kickstarter. I was really amazed at the first time readers, and the kind of attention that kickstarter can get you. Overall it was great to see readers that were not only new to Lucha, but also to the comic book industry.

10. Your fans are awesome people and they want you to succeed.

As invested as I was in my project, the fans really made it special. I was overwhelmed by the support we received, and how they wanted to get involved. Your fans are great, so make sure that you treat them well post-project. If someone puts down a pledge for your book, remember that they really want to see it happen.

This is probably one of the longest blogs I have ever written, and it could have easily been twice as long. If this came off like me bragging at all then I apologize because that was never my intent; I just wanted to reflect on a great experience that was only made possible by some great people who decided to take a gamble and show their support for us. Hopefully, this article can help someone else to experience the same.