Blaze of Glory #1A 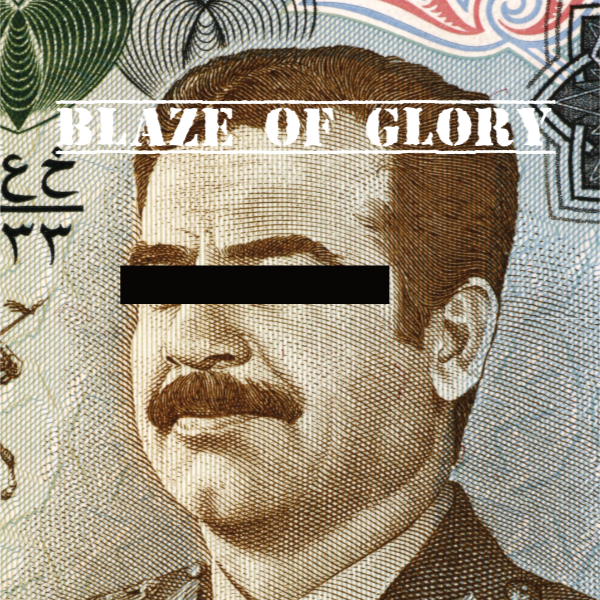 When I was in Film School, my teacher Yves Martin told us that the visual arts is a lagging medium.

I learned about this story 3 years after it happened. I read the public domain work from Army Historian Richard Killblane. I made a set of videos from pictures and videos the soldiers gave me which allowed me to document the story on YouTube. These videos, collectively titled Blaze of Glory make up my most watched videos on my channel. Naturally, the statistics reflect top countries by views: the United States, the United Kingdom, Canada and Germany tied in the first spot. Number two is Iraq.

10 years after the ambushes, after having failed numerous times to get this story on movies or TV, here it is in a comic book. Though the medium seems like a consolation prize, I am very proud of the product; it looks better than anything I have done in film.

Killblane’s Book Convoy Ambush Case Studies tells lots of true stories. Many of his source material stem from a real life person I will henceforth refer to as Mack – the name of my protagonist. Killblane and Mack formed such a real kinship that much of Killblane’s writing is from Mack’s perspective.

When I first read it, it mirrored some of my own experiences during my tours of duty. It is a given that the bad guys are going to kill you. You’re an American. They want you dead. They are kind of like Zombies. But what bothered me then and bothers me to this day, (and where my writing and Killblane’s deviate) is that I didn’t expect my own Army to assist in trying to get me killed.

Rich doesn’t want to criticize the Army. He sees the bigger picture. His experiences in and out have been different than mine even though we are both looking at the same Rorschach blob. The bureaucracy and the political correctness killed more soldiers than the enemy did. This institutional friendly fire, this dress right dress, flagpole, garrison mentality that we called the Big Gay Army when referring to stupid dictates outside the SOF community, kills people. The Big Gay Army does not want a warrior ethos. It wants robotic milksops that obey and feed the short-term political objectives of the puppeteers. If that sounds too much like the ramblings of a “pass the ganja” 9-11 Truther, I am sorry.

The Department of Defense Public Relations Officer in Hollywood won’t help this Veteran tell another Veteran’s story. But it will bend over for Marvel’s Transformers and Iron Man. I am not going to conceal my moral outrage. This is not a happy story, and I am not a happy man. But this is a true story based on real events and real people. Hopefully it entertains. Hopefully it provides an escape exposing the reader to these dangers from the comfort of their own home. But ultimately I hope it provokes the reader to think. For only the dead have seen the end of war. I am 41 years old and before I die, we will see a Third Iraq War. Count on it.

Get your copy today on these platforms:

Article keywords: Blaze of Glory #1A