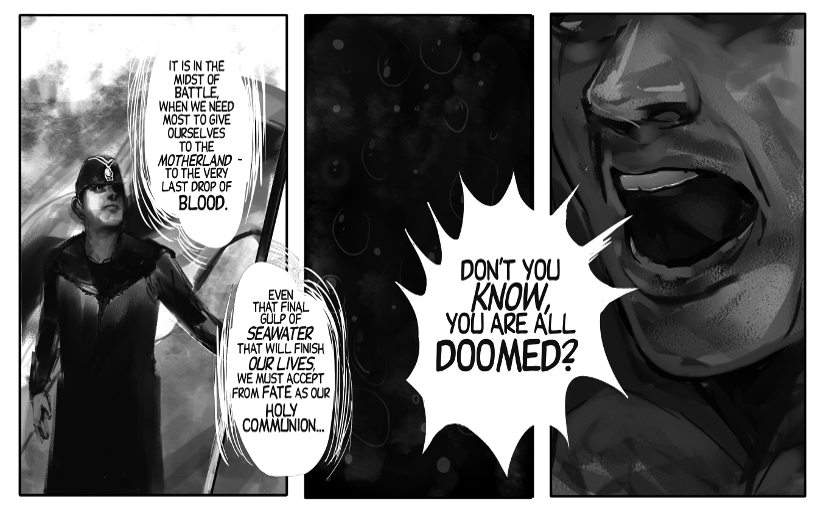 Originally published as 4 individual comics, The Kursk was praised for art by Andrea Montano and her fearless expression in this macabre political thriller. Each issue brought us closer to the events of August 12th, 2000 that would form a part of our shared history.

Lucha Comics is proud to be able to bring this fantastic story to yet another powerful medium, and our team is thrilled that we can finally tell The Kursk in its entirety. Simply click below to purchase The Kursk graphic novel on your preferred platform: